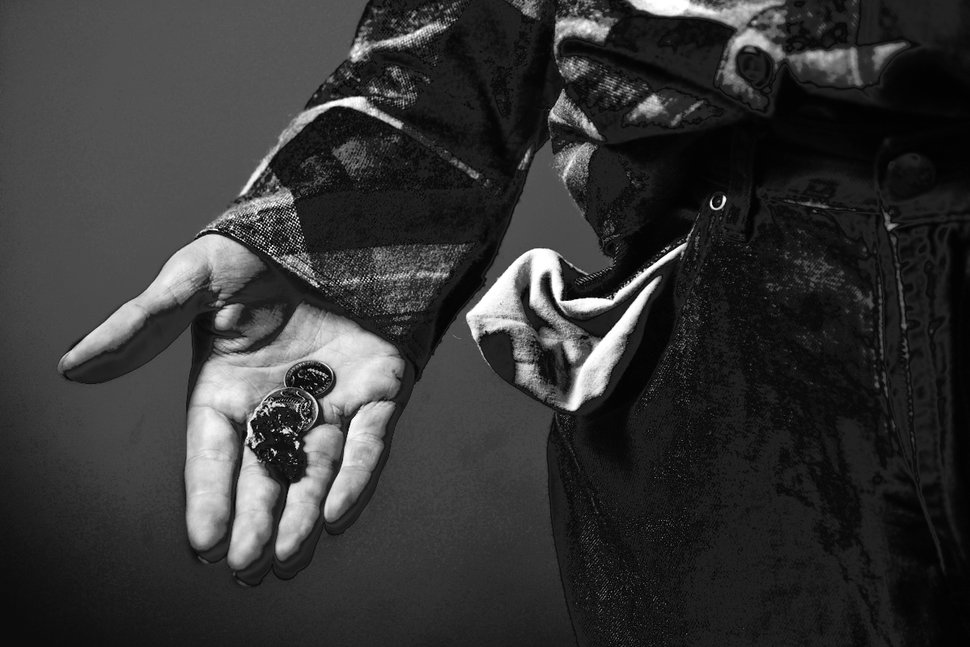 As individuals we have to “re-think our thinking” as we have been brainwashed by big banks and corporations to think as they want us to. But just how do we re-train our mind on a different financial concept when a prevailing cognitive bias is present?

Money management is a critical life skill, one that isn’t taught in school which is actually a shame. As a critical life skill, most of what we learn about money management and finances is taught directly to us by our parents or what we have been “brainwashed” into accepting as the status quo traditional financial ideology of profit-driven corporations, banks, government and other financial institutions. Most of us will either adopt a money mindset of financial scarcity or financial abundance based on these primary influences.

For some of us, it may be as simple as following in our parents footsteps and adopting their money mindset. Or we can also take an oppositional approach. If our parents lived frugally and we experienced deprivation as children, we may spend carelessly as adults to compensate. If our parents’ experienced financial prosperity and then fell on hard times, we may be inclined to frugality as adults.

Take the current millennial generation who are skeptical of banks and have a fear of debt as a result of witnessing their boomer parents lose substantial amounts of retirement savings and even their homes during the 2008 global stock market crash and recession.

One outcome is always the same though. Once we adopt a certain money mindset or cognitive bias—scarcity or abundance—it can become very difficult to change our outlook about money and be open to new financial concepts, even if we want to. But it is not impossible.

The following YouTube video “The Backwards Brain Bicycle” from Smarter Everyday explains why this is so. Watch and the read on.

From Destin’s backwards bicycle experiment, we can draw the following conclusions.

Children learn faster because their brains are still developing and neuroplasticity is greater.

Neuroplasticity also known as brain plasticity or malleability, is the brain’s ability to reorganize itself by forming new neural connections throughout life.  Ever wonder why it’s easier to learn a language as a child than an adult? Have you ever tried to teach an adult how to ride a bike when they didn’t learn as a child? In this experiment, Destin’s son learned to ride a backwards bike in two weeks when it took Destin 8 months to master the same skill. In this experiment, the steering mechanism was reversed or opposite a normal bike (when turning left, the wheel moved right and when turning right, the wheel moved left).

When it comes to life skills like “riding a bike” or “money management,” we have already formed strong neural connections and associations around these concepts by adulthood.  As highlighted in the video, if you change any one part of the learned algorithm (a bike’s steering mechanism for example) it affects the entire control system. If you try to change one truth or value around your money mindset, it can throw everything you currently believe out the window.

It takes a lot longer as an adult to unlearn what we previously knew and retrain our brain on a new concept or process. That’s simply because it takes longer for our brain to build those neural connections as a result of less neuroplasticity.

A great point raised in Destin’s backwards bicycle experiment is the simple idea knowledge does not always equal understanding.

The algorithm of how to operate a bike is actually quite complicated and based on a deeper understanding of all the moving parts and how they work together. In the experiment, Destin knows that to ride a bike, you put downward force on the pedals, lean in with your whole body, push and pull on the handle bars, along with the gyroscopic precession in the wheels—every single force is part of this algorithm. If one part of the algorithm is changed it affects the entire control system. Simply put, riding a backwards bike (a bike with an opposite steering mechanism) tests his prior knowledge of what he previously knows about a bike riding algorithm. After many failed attempts to ride the specially engineered backwards bike, he grows increasingly frustrated.

“In this moment, I had a very deep revelation. My thinking was in a rut. This bike revealed a very deep truth to me. I had the knowledge of how to operate the bike, but I did not have the understanding.

While the bicycle is a physical object, the difference between what we assume we know and what we actually understand can be applied to our emotional intelligence and cognitive bias around money.  Though we may be oblivious to it, we not only possess a cognitive bias, many of us also have a deeper, emotional relationship with the idea of money that directly shapes our cognitive bias.

Also, while we may have a basic knowledge of what money is and how to manage it on a daily basis, we often lack the deeper understanding of how money works on a larger, economic scale and how we can apply some of these economic principles to our financial situations. One major reason is we never formally received this type of education (unless you study economics or accounting).

Our cognitive bias and money mindset is mostly shaped by traditional advice dished out by banks, corporations, government and the financial services industry. The cognitive bias, beliefs and values we have are “neurologically” ingrained in us. It can almost seem impossible to change our thinking about money. In some cases, it takes a radical shift and the ability to retrain our mind on a different financial concept. Just like riding a bike, money management is still a learned skill.

We can retrain are brains to learn new concepts as adults but it’s not as easy.

When it comes to learning something that contradicts our current cognitive bias or mindset, we don’t have to hit a neurological dead-end just because we’re adults. It is possible to retrain our brains as Destin’s backwards bike riding experiment shows, but it does involve more practice, diligence, time and patience.

After 8 months of attempting to learn to ride a backwards bicycle, Destin retrained his brain to accomplish what first seemed impossible. However, it didn’t come without challenges. He found the slightest distraction such as his cell phone ringing, made him quickly default to his prior knowledge of how to ride a “regular” bike because this was the cognitive bias mentally imprinted on him as a child. As he describes:

“It’s as if I could feel some kind of pathway in my brain that was now unlocked. It’s really weird though, it’s like there [was] this trail in my brain, but if I wasn’t paying close enough attention to it, my brain would easily lose that neural path and jump back onto the old road it was familiar with.”

And even more startling, after he was comfortable riding a backwards bike, it took a few attempts to learn to ride a regular bike again. That’s because most of our neural pathways are set and formed by adulthood. Plasticity for learning and building those neural connections is highest in childhood.

So the takeaways from his experiment are simply this:

Disclaimer: This information is given for informational or educational purposes only. All financial endeavors should be vetted through a financial professional; example, life insurance broker, financial planner, accountant, and/or lawyer, as the reader sees fit. MacDev Financial Group Corp, including but not limited to its agents, staff, associates and/or partners will not assume any liability for any information printed in this article; indirectly, or assumed.