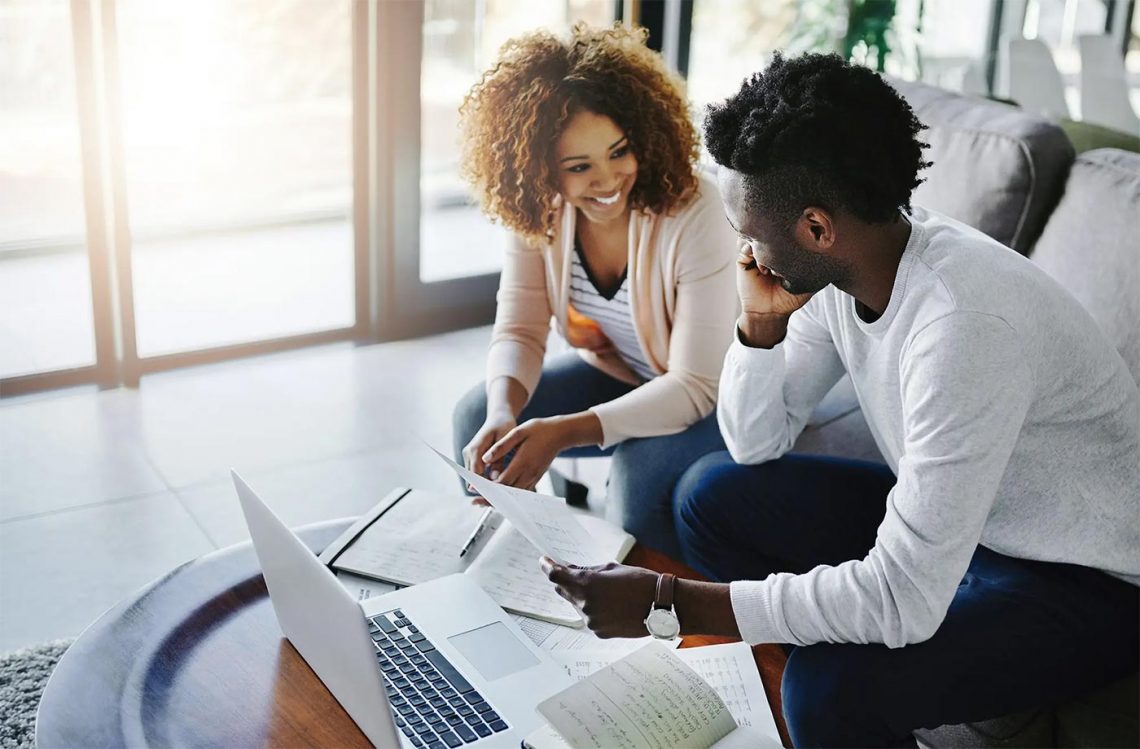 If you read the countless financial blogs online, debt management advice focuses on taking radical action: restrict spending, hoard money away for retirement, consume less, and live within your means. But with all this “how-to-get-out-of-debt” advice out there, why are you not learning better money management skills?

Here’s the problem. A scarcity mentality approach is like a bandage covering a financial wound; it does little to address the root cause of spending behavior.  Like most behavior you might engage in, spending can be unconscious and triggered by emotions and thoughts you’re not fully aware of. How often do you spend money without thinking first? Spending is often automatic because we have been conditioned by outside influences to open our wallets.

There is also another problem with the “scarcity mentality” approach; when you restrict people’s spending, they want to spend more. Ever tell a child they can’t have something? It makes them want it more right? When people feel deprived of the things they want or need, they’re likely to spend above their means and generate more debt. This is where current financial ideology about debt management is misguided. It’s why people often don’t learn the first or second time after going in to debt.

To master debt, you have to master your spending. And it just doesn’t require action, it requires changing your mentality and attitude about what money is and what it can do for you personally. It requires a holistic approach that taps into your deeper subconscious about why you over spend. If not, spending stays a reactive behavior; a behavior carried out impulsively without thought or recourse.  You have to change your thoughts, values and beliefs around money. This involves a complete paradigm shift.

In today’s consumer-driven culture, we’re tempted at every turn to spend away our hard-earned dollars. We live in an age where marketing bombards us constantly, enticing us to create lives of luxury and escapism we can’t afford or sustain. The world moves around us at an ever increasing speed and we never stop to ask why am I buying this? We have been programmed like robots when it comes to spending.

Every behavior we engage in also has a payoff. It can be a negative payoff or a positive one. Spending behavior is no different. Are we filling an emotional need? Are we trying to keep up a guise of success? Are we so focused on getting a “good deal” we over spend unnecessarily? Are we spending as a reward? Are we spending to distract ourselves? People use money the same way they use other types of vices.

One big reason is spending actually makes us feel good. For some it gives us a rush of euphoria just like a drug. A shopping addiction is a reality for some. There is a reason the phrase “retail therapy” exists (especially for women). Ever buy a pair of shoes or article of clothing, feel good the first time you wear it out, but then the novelty quickly wears off?

When you spend, your brain releases a “feel good” chemical called dopamine. Sometimes it is actually the anticipation of spending rather than the act of spending itself that gives us this rush. But like with any addiction, the rewards are short-lived.

Spending simply perpetuates our need for instant-gratification and keeps us in a cycle of spending to feel good. What void within ourselves are we trying to fill? For many of us, it is because we don’t hold ourselves in a place of value. We use money and possessions to fill that hole. We use money to buy esteem and self-worth and even, as a substitution for love.

Spending Money to Get a Good Deal

Are you a bargain shopper? Do you get as much of a rush from getting a “good deal” as you do from purchasing yourself that new pair of shoes? Many of us have been conditioned to focus on “price” instead of value. We often fall prey to buying what we don’t need because we’re enticed by a “good deal.” We end up buying more than we need, producing higher amounts of waste as well as over spending. And getting a steal for our money also gives us that same endorphin rush as shopping to feel good. Why do you think big box stores like Costco are so successful? They appeal to the scores of us who are bargain shoppers. However, how often have you left Costco with more than your planned purchases? The prices are too good to pass up right? This is called the Costco effect.

The opposite effect of focusing only on price, is we will also avoid buying what we do need because it’s too expensive. We become obsessed with “saving” money, we deprive ourselves of things that could actually help us become more productive in our lives and further our potential. Price obsession turns us either into spenders or savers.

Like spending to feel good, focusing on price alone perpetuates a “scarcity mentality” and overrides our ability to make rational decisions about what we are spending money on. When we focus on price, cheapness and quantity rather than value, utility and quality, emotions guide our spending behavior and not common sense.

Spending Money Out of Fear

Marketers also play into our fears to make us spend. The beauty industry plays on a woman’s fear of growing old. The diet industry plays on our fear of gaining weight. The financial industry plays into our fear of not having enough money for retirement. We now live in a world that is fear-focused, we have become hyper vigilant about how we look, how much money we have and how safe we are. Advertisers know this and use it to play in to our vulnerabilities. Much of fear-based marketing is nothing more than psychological manipulation that once again overrides our common sense.

Spending Money To Keep Up

Materialism has become a side effect of a consumer-driven culture. Instead of feeling pleased for others who are doing well financially, we see our lack of and may feel resentful. We may even grow fearful of being left behind.

Scarcity is deceptive because it fosters a mindset of competition and lack; the ‘haves’ from the ‘have nots’. It feeds off the idea there isn’t enough resources to go around. In order to prosper, we need to one-up the next guy. If we want something for ourselves, we need to take it from the other guy. This is scarcity mentality thinking at its finest and it’s one of the most destructive financial myths out there.

“Scarcity is about so much more than money and material resources. It’s a mindset, a way of viewing and interacting with the world, and it permeates everything we think and do,” says Garret Gunderson. It not only pervades our thinking and spending behavior. It has been indoctrinated into the very fabric of business culture itself. The competition is seen as a threat. The only way to compete with that threat is take away their business. Everyone is preoccupied in getting a bigger slice of the pie from someone else when the pie is big enough for everyone to share.

What if we channeled all the energy of competition into actually creating and collaborating with others to create real value and wealth?  What if we rejected a win-lose mentality and adopted a win-win mentality focusing on working together and creating value? What if we realized that the pie of opportunity was big enough for us all to have our own slice? The world would definitely be a better place to work and live in.

Value is not what we own. Value is who we are, what we have to offer, and how we can greater serve those around us. Gunderson refers to this as our human life value which is often overlooked as an asset to creating wealth and prosperity. Some of the world’s wealthiest people like Mother Theresa or Ghandi didn’t own a thing. That may be a different perception of wealth than we are accustomed to. Yet we tend to limit our view of wealth to a monetary value only. However, happy people don’t always own a lot of money and people with a lot of money aren’t always happy.

Money is simply “a representation of value,” says Gunderson. Real value is what we create and exchange with each other, with money simply being a representation of that which we value. “We only give up something in exchange when we value what we’re receiving more than we value what we are giving up,” he explains. Money doesn’t hold any intrinsic value, but people and what they can create and contribute do.

When we focus less on money and more on our human life value—what we create and the value we can bring to ourselves and the world around us—we will naturally shift our spending behavior from being consumers to producers. Producers also find ways to be productive in the world and create value, even if they don’t have money to do so. You don’t need to have money to make money because you don’t need money to start being productive. Producers produce value more than they consume. They see value in serving others and this is the key to achieving prosperity. It is also the key to happiness.

Consumers consume more value than they produce; they focus on what they can get from the world, rather than what they can give to the world. Material goods hold intrinsic value over people. People are either seen as an opportunity to make money or a roadblock to making money.

When you stop valuing things over people and live a life that is based on being productive with your time, work, money, energy, people and family, you will spend less money on material goods and the need to consume will become second place.

“If you’re struggling with debt, focus on increasing your knowledge, improving your mindset, and developing your character, and the practical solutions to your debt problem will naturally flow,” concludes Gunderson.

The best way to start is by creating value within yourself first.

Disclaimer: The material provided in this newsletter is for informational and/or educational purposes only. The information, opinions and/or views expressed in this newsletter are those of the authors and not necessarily those of the distributor. All financial endeavours should be vetted through a financial professional: life insurance broker, financial planner, accountant, lawyer, and/or other professional, as the reader, sees fit. MacDev Financial Group Corp., SET Financial Solutions Inc., including but not limited to its agents, staff, associates and/or partners will not assume any liability for any information printed in this article; indirectly, or assumed. The MacDev tagline, “Financial Control For Life” and “Bank On Whole Life” are trademarks of the MacDev Financial Group Corp. Click Legal for further information.